You’ve probably heard the “starving artist” expression more than once in your life as a musician. And while there are plenty of stereotypes about songwriters and their financial struggles, unfortunately, many of those stereotypes are true. Songwriting isn’t always a lucrative profession, especially when you’re just starting out.

In many cases though, it’s just a matter of getting your foot in the door with a great song, or getting noticed by a popular artist to start making real money from your words and music. But what can you do to make that happen? How can you jump-start your career as a songwriter, even if you’re struggling to pay your bills? Let’s take a look at a few tips you can use to work toward a successful songwriting career while remaining financially stable.

END_OF_DOCUMENT_TOKEN_TO_BE_REPLACED
How to Jump Start Your Songwriting Career if You’re Struggling Financially was last modified: February 8th, 2021 by Jori Hamilton

7 Mindfulness Skills That Will Boost Your Songwriting 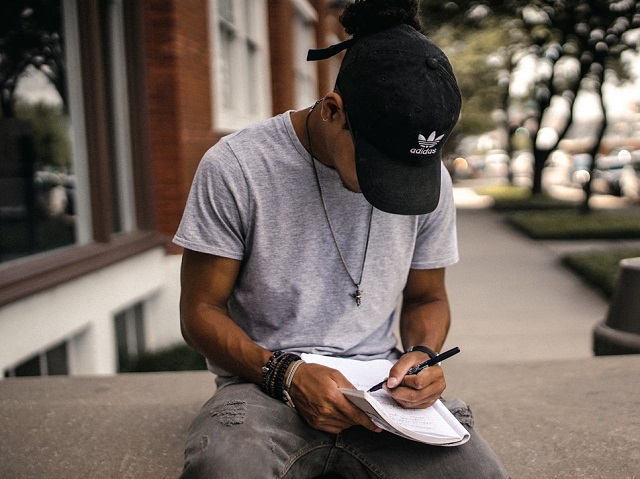 When a songwriter wants to write a song, what is the first thing that comes to mind?

A great songwriter knows that it is none of these things. It all comes down to the spirit of the song. The reason why the songwriter is writing the song in the first place. The purpose or meaning behind it. The message it communicates. The feeling it cultivates. What I hope to present to you today are 7 smart ways to integrate mindfulness into your songwriting

These are the drivers of a great songwriter. He or she knows that everything exists in the mind and heart. Most of the great songs you hear today would not come to existence if they had no meaning or purpose behind them. This is the reason why as a great songwriter, you need to cultivate mindfulness into your songwriting. Cultivating mindfulness means being aware of what is around you. Once you do this, everything about the song just falls into place. END_OF_DOCUMENT_TOKEN_TO_BE_REPLACED

7 Mindfulness Skills That Will Boost Your Songwriting was last modified: January 22nd, 2019 by John Pape

Songwriting for Beginners: How to Write a Song from Start to Finish 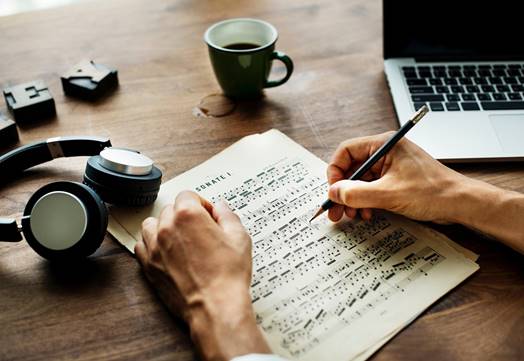 A majority of beginner musicians wonder how to write a song that people will be crazy about. If you have already written a song or two, you most likely know how amazing it feels to compose your music and articulate yourself through chords, lyrics, and melodies.

As you continue to learn how to compose songs, you’ll observe that songwriting tutorials aren’t the same. This is a normal thing as the songwriting process is different for every person. Some people like to begin with chord progression, some write the lyrics, while others commence with a melody. Moreover, some might write the lyrics first then come up with a title, or write a title then continue from there. All these tactics are ideal for writing songs. END_OF_DOCUMENT_TOKEN_TO_BE_REPLACED

Songwriting for Beginners: How to Write a Song from Start to Finish was last modified: October 11th, 2018 by Matthew Barney

How to Turn a Lazy Hobbyist into a Professional Songwriter 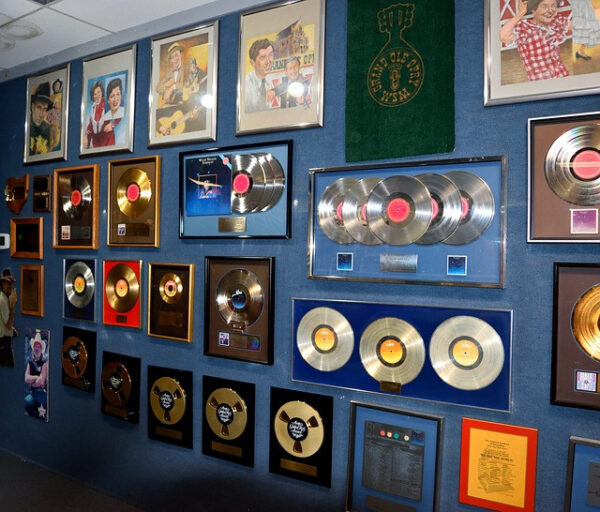 Have you ever wondered what the difference between a hobbyist and a professional songwriter was?

It’s pretty obvious: the professional songwriter considers songwriting to be their profession. It’s their main source of income, and they simply see this activity as their job. They engage in it on a daily basis. END_OF_DOCUMENT_TOKEN_TO_BE_REPLACED

How to Turn a Lazy Hobbyist into a Professional Songwriter was last modified: December 27th, 2018 by Warren 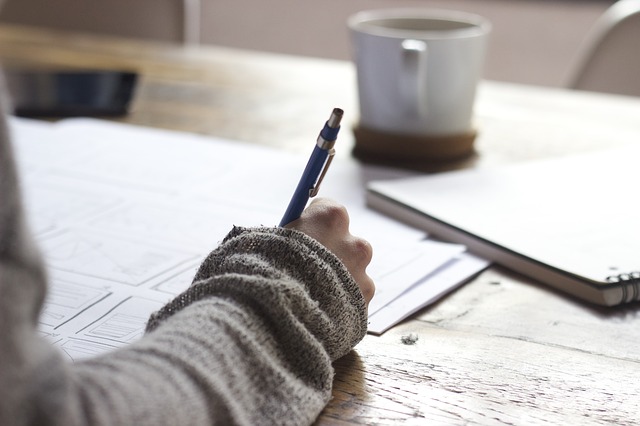 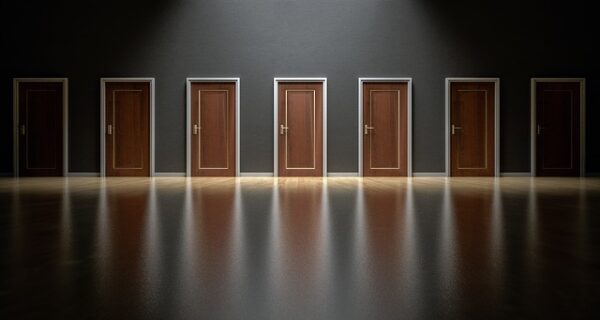 As a songwriter you probably come up with ideas for songs quite often. These ideas float around in your head until you take the time to start writing. Going from the head to paper can sometimes be a challenge for many songwriters. Some of biggest of songwriter challenges is deciding what to do and when to do it.

Basic Ingredients of a Song

A song consists of two basic elements. These elements are lyrics and music. The music is the melody of the song and the lyrics are words. A good song will take both elements and meld them together into one cohesive unit. END_OF_DOCUMENT_TOKEN_TO_BE_REPLACED

What Should You Write First? Music or Lyrics 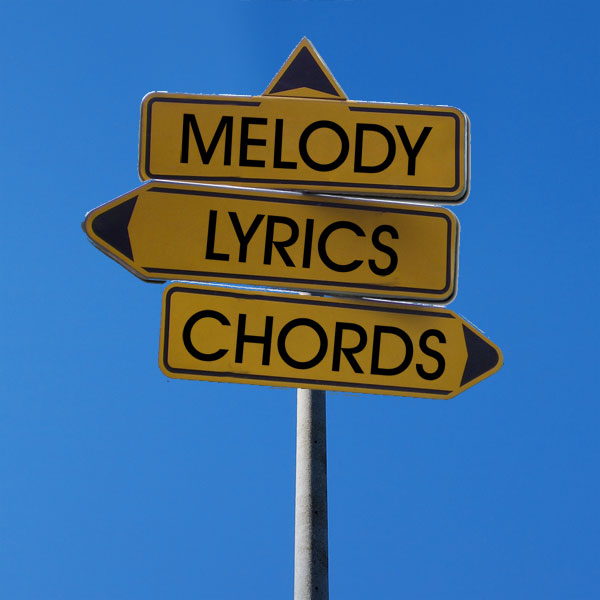 If you are confused on whether to start writing lyrics or music first, you are not alone. Many musicians are still struggling with this issue too. The thing is you can choose to write either of them or both at the same time. You can write your lyrics without any musicals or after composing the music. You have to select a strategy you feel suits you. You can also experiment with various approaches to know the challenges and advantages. END_OF_DOCUMENT_TOKEN_TO_BE_REPLACED

What Should You Write First? Music or Lyrics was last modified: July 27th, 2018 by Betsy Randall

3 Ways to Use Poetry to Improve Songwriting Skills Poetry and songwriting are undoubtedly related. But, unlike what many think, songwriting does not come from poetry or vice versa. The difference between these two lies in the fact that the first is created mainly for reading, while the second for listening. According to Writer’s digest, all the remaining differences are consequences of this difference. END_OF_DOCUMENT_TOKEN_TO_BE_REPLACED

3 Ways to Use Poetry to Improve Songwriting Skills was last modified: July 27th, 2018 by Olivia Ryan

Music surrounds us every day – we hear it while driving the car, shopping in the mall, or eating in a restaurant. It has become a part of our everyday routine, and some of us can’t imagine an hour of our lifetime without a favorite song.

Music is something we aspire to. It’s something that communicates emotions rather than words. It motivates us to work, rest, cook, exercise. There’s a song for everything we do. It awakes right emotions, so that we can get more motivated.

And if you belong to that type of people, who like to sing about their emotions, you’re probably a potential songwriter. It may seem that if you have an ear for music and a poetic talent, it would be super easy for you to right a hit song.

But you’ll be surprised to find out that world’s top hit songs weren’t just an occasional alphabet soup put to music. They’ve all been created according to laws of songwriting.

So if you’re really into pursuing a dream of being a successful songwriter and want to improve your poetic and musical talents, here 7 important laws for smart songwriting. END_OF_DOCUMENT_TOKEN_TO_BE_REPLACED

Songwriting  Giants Webb And Harnick Write New Books, While David Is The Subject Of A New …

Three giants of American songwriting are in the limelight today with new books:  Jimmy Webb and lyricist Sheldon Harnick each have penned one, while lyricist Hal David is the subject of a new biography by his widow, Eunice.

Many of us can get pretty myopic about success and happiness. We are convinced we need an exact cocktail of events to occur before we allow ourselves to believe we have achieved success. If only we had that job, car, house. But the reality is that success comes in many forms. You can thrive at any time. The key is to recognize and embrace those riches when they come your way.

END_OF_DOCUMENT_TOKEN_TO_BE_REPLACED

Teen songwriters in NYC compete for a recording session

WABC-TV
The #MyNYCSong contest is designed to help young people here in the city find their voice, and the city has recruited teen musicians to help spread the word.. What inspires you about New York City and so we’re looking for young songwriters to tell that story,” Julie Menin, commissioner of the Mayor’s Office of …

Music News
Louis Tomlinson became a songwriter in order to gain a musical “identity”. The 25-year-old singer first found fame as one fifth of boyband One Direction, before proving he’s more than just a pretty face by working with other people to pen tunes for the group, including songs Perfect, Strong and Taken. He’s now branched out on his own as the band enjoy a hiatus, and is using his songwriting skills for his own music too.

END_OF_DOCUMENT_TOKEN_TO_BE_REPLACED

What Nobody Tells You About Songwriting What nobody tells you about songwriting? If you are an aspiring songwriter, you might have asked yourself this question. Are there some things that you should know before you thread this career? Is this path even worth pursuing for? Well, these queries surely need elucidation. After all, it would be bad to leave amateurs clueless and blindsided. It is a common sight that songwriters don’t get enough training to get them started. In fact, we could say that it is formal education regarding songwriting is a rare thing. You can only get it if you enroll in music schools. Of course, we have to emphasize that not all music academies will offer such course.  END_OF_DOCUMENT_TOKEN_TO_BE_REPLACED

What Nobody Tells You About Songwriting was last modified: October 3rd, 2017 by Monica Harrison Having a knack for songwriting is a gift. Being able to share that gift with the people is a blessing. Most amateur songwriters enter a song-writing contest to showcase their talent to the a wider audience. Well, it’s nice to have people listen to your song, but it would be better if you would win that song contest and be given an opportunity to share your song to a wider market. What are the things to consider when joining a songwriting contest? Read on and keep this list in mind. END_OF_DOCUMENT_TOKEN_TO_BE_REPLACED

5 Tips Songwriters Need to Know When Participating in a Song Contest was last modified: October 9th, 2017 by Vincent Hill So you want to write hit pop songs. If you ever take time to analyze modern pop songs you will find that they have many element in common. Understanding these elements may increase your chance for success.  Will it guarantee success? In life there are no guarantees. But, doing certain thing the right way will increase the odds in your favor.

In baseball there is a thing called the “sweet spot”  That is a location on the bat that provide maximum performance from the bat. When the ball hits the sweet spot just right the result is usually a home run. Does the ball always contact the sweet spot?  Of course not.  But, the hitter practices and strives to make it happen. In song there are also certain “sweet spots”. Let’s take a look at some of them.
END_OF_DOCUMENT_TOKEN_TO_BE_REPLACED

Songwriting – Three Rules of Thumb – How to Write Songs Here is an article by GK Eckert on Three Rules of Thumb on how to write songs.  These rules can be quite useful during the songwriting process.  Are these the only rules? Not really,  But they are a place to start.  For each point I will include a brief commentary.  You can also jump into the conversation by making comments.

Songwriting is most definitely a skill. In time, you will come up with many of your own tricks, tools and guidelines. My “three rules of thumb” have proven to be my most valuable tools when it comes to the art of writing songs. Here they are! END_OF_DOCUMENT_TOKEN_TO_BE_REPLACED

The words of the chorus need to be easily remembered. It also helps if the melody is fun and easy to sing. They also need to be able to be repeated often, as this assists in the audience remembering the song.