Use this interactive Chord Progression Songwriting App to build and create chord progressions for your song.  Here are the rules:

For reference here are the chords in the key of “C”

Mack sure that you write down your results and start building lyrics and melodies around the chords created. 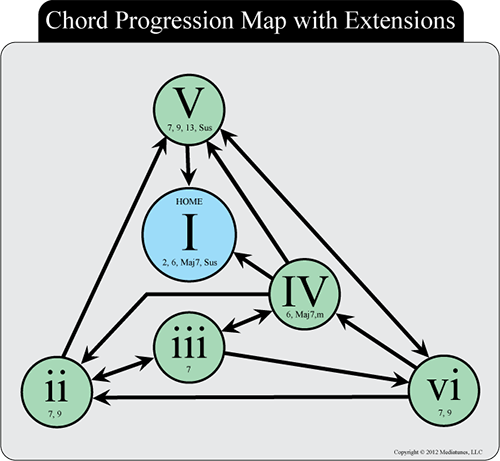 The listener will know the title of the song once he/she has heard it through. This is the place where many songs fall down. I’ve seen songs where the title is never mentioned in the lyric, or it is a pick up phrase, rather than a strong line.