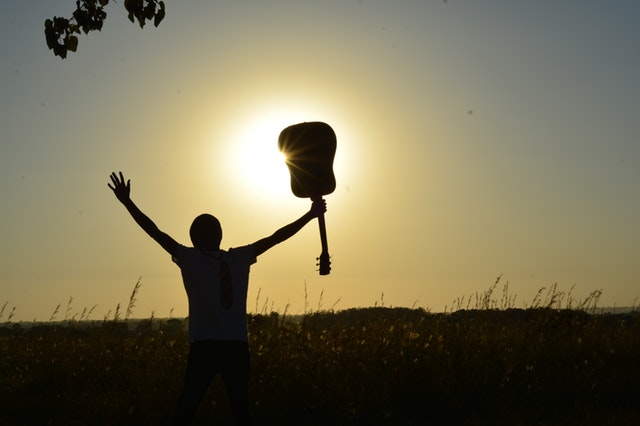 College is the time when a lot of us explore our skills and talents, and many creators find their paths. Students are thought to have creative inspiration, think differently and try to make a change. That’s why lots of them are into arts, literature or music. It is not surprising that many of the bands and artists started at a young age because it is when your imagination is pure and powerful. However, sometimes it gets hard to find creative inspiration for songwriting when you have plenty of assignments to do. Here are some songwriting tips that will help you to catch the muse. END_OF_DOCUMENT_TOKEN_TO_BE_REPLACED

How to Find Creative Inspiration for Writing a Song While in College was last modified: November 21st, 2018 by Jessica Vainer

What is Your Music Saying? 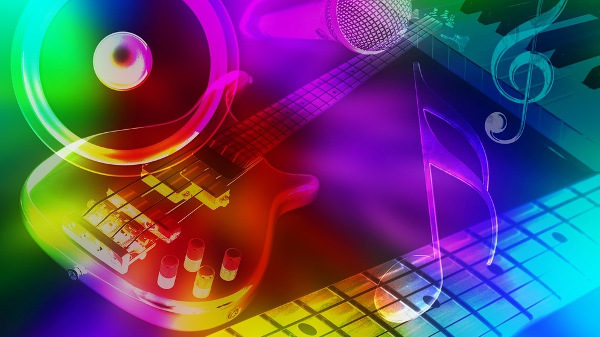 Many of us started out as players or instrumentalists before we began writing songs. Our instruments inspired full songs from a simple guitar riff, melodic motif, or piano lick. From those short but foundational pieces we were able to build a verse and chorus and bridge, all stemming from a single seed.

Use both intuition and tools

Sometimes it’s intuition that tells us where to move to when we write the chorus section after a verse. Sometimes it’s a mixture of intuition and tools, knowing that a rise in pitch and shorter rhythms can create more energy for the chorus section, or that longer notes can contrast beautifully from the short notes we just left and reignite the listener’s attention. Wherever we move to, we can often feel a sense of consistency within the song – as if the ideas are linked rhythmically and melodically and harmonically to each other by some common thread. Many times that thread is a mixture of those elements, whether it be a pattern of pitches or rhythms, or harmonic progressions. It’s the repetition of these patterns that give our song a consistent identity, rather than a feeling of randomly assigned notes. END_OF_DOCUMENT_TOKEN_TO_BE_REPLACED

What is Your Music Saying? was last modified: October 12th, 2018 by Christine Bourne 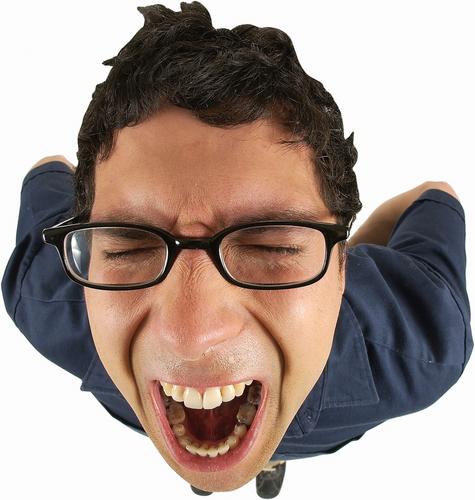 Sometimes a song overheard on the radio or TV can be quite catchy and can stick to one for a long time. Such songs, or ‘earworms’ as they are usually referred to, can cause a lot of trouble simply by humming its own tune in one’s ear for days, or even weeks. For this, there are certain ways of how to get rid of them or calm them down in order to restore the peace of mind. END_OF_DOCUMENT_TOKEN_TO_BE_REPLACED One of our readers asked the following question:

Is it helpful to try to write lyrics for an existing popular song motif?

I really appreciate the chance to answer readers questions. One think I believe is helpful is many questions are never asked. Since that never are asked there is no opportunity to answer them. That is why I like reader questions. Many times the question asked could be the one that will help you with your songwriting efforts. END_OF_DOCUMENT_TOKEN_TO_BE_REPLACED There are many books on the subject of songwriting and it seems that each one has a different way of approaching it. What you might not hear often enough is anyone suggesting to “just do your own thing”. There are many “methods” and “systems”, but in actuality, they are really just that composer’s way of doing their own thing. Sure, the song has to make sense and people have to be able to access it.  In that regard there are similarities among many contemporary songs, whereas they all have verses, choruses and basic song structure. This is where the craft of writing a song comes in, because writing a contemporary jazz song or any song is a craft and an art. END_OF_DOCUMENT_TOKEN_TO_BE_REPLACED

How You Can Write Great Songs Songwriters may often ask themselves, “What makes a song great?” The answer to that question can make the difference between a mediocre song and an amazing song. Hopefully, once you finish reading this post you will be on the path the write great songs. This is not a new topic it has been written about by many experts in the industry. Trying to unravel the right formula is a lot like hitting a moving target. Taste change, technology changes making it difficult to nail down the right formula. END_OF_DOCUMENT_TOKEN_TO_BE_REPLACED

How You Can Write Great Songs was last modified: July 27th, 2018 by John Pape

Music surrounds us every day – we hear it while driving the car, shopping in the mall, or eating in a restaurant. It has become a part of our everyday routine, and some of us can’t imagine an hour of our lifetime without a favorite song.

Music is something we aspire to. It’s something that communicates emotions rather than words. It motivates us to work, rest, cook, exercise. There’s a song for everything we do. It awakes right emotions, so that we can get more motivated.

And if you belong to that type of people, who like to sing about their emotions, you’re probably a potential songwriter. It may seem that if you have an ear for music and a poetic talent, it would be super easy for you to right a hit song.

But you’ll be surprised to find out that world’s top hit songs weren’t just an occasional alphabet soup put to music. They’ve all been created according to laws of songwriting.

So if you’re really into pursuing a dream of being a successful songwriter and want to improve your poetic and musical talents, here 7 important laws for smart songwriting. END_OF_DOCUMENT_TOKEN_TO_BE_REPLACED If you write a music only for yourself, you are not limited in your self- expression. But if you are composing music for other people, it should be understandable for them also. For example, the songs in a rock style won’t be accepted by a large number of elderly people, while tracks in chanson style will be pleasant for them. END_OF_DOCUMENT_TOKEN_TO_BE_REPLACED

Tips on how to write music for a song: was last modified: November 10th, 2017 by John Pape

How To Turn On Your Muse To Write A Perfect Song This motivational phrase shows that it is extremely important to find a muse before the beginning of each business, especially a creative one like the perfect song.

Inspiration comes to us unconsciously after experienced emotions or feelings. It is a sense of  absolute concentration and commitment which is accompanied by special enthusiasm and emotional rise.

It is harder for adults to find an inspiration than for children. Unfortunately, an experience prevents us from believing in miracles but without it, a muse is transformed into an ordinary accounting.

From a realistic point of view of an inspiration — is a feeling when an experience and the dreams about desirable future are connected. END_OF_DOCUMENT_TOKEN_TO_BE_REPLACED

How To Turn On Your Muse To Write A Perfect Song was last modified: November 10th, 2017 by Jeremy Raynolds 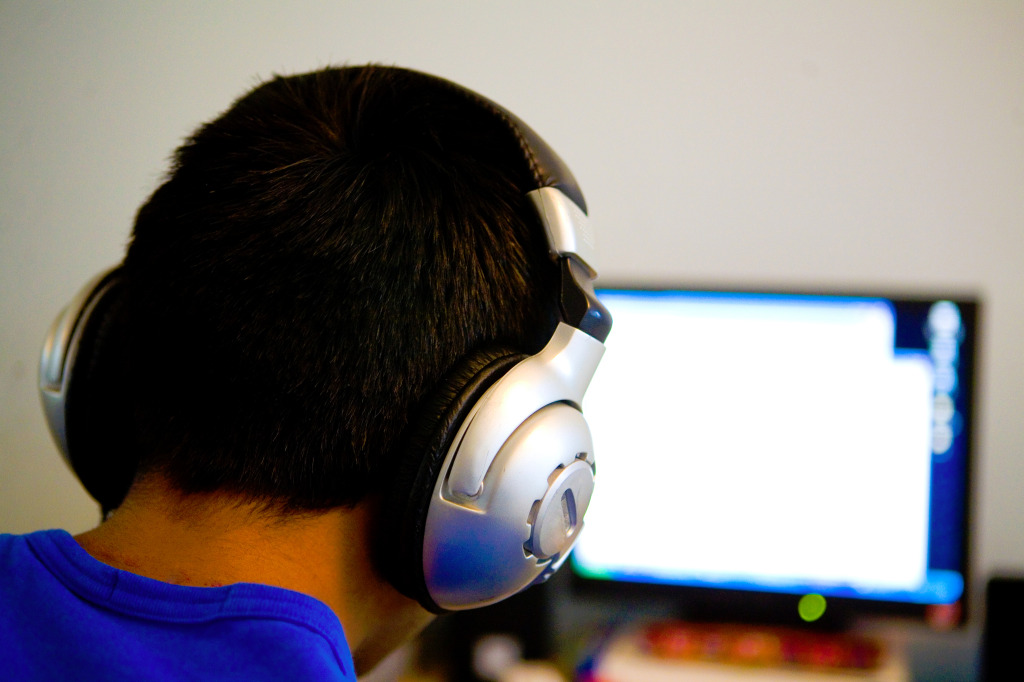 Songwriting is a Learned Skill

It is rare that anyone can write a great song right away. Songwriting is a skill and it can be learned. Make great songwriters your teacher by understanding how they write songs.

It Starts with an Idea

In all creative endeavors originally comes from taking existing ideas and method and applying them in unique ways. Using those existing ideas requires studying them. You then analyze them and figure out what makes them successful. The more you know, the stronger your instinct will be for what is memorable, catchy and engaging. END_OF_DOCUMENT_TOKEN_TO_BE_REPLACED

For those of you who like to write songs where the lyrics rhyme, here’s a term you should be familiar with.  ‘Rhyme scheme‘ refers to where the rhyming words occur in a verse or a chorus.  When writing songs it is a good idea to make song lyric rhyme. Rhyme schemes are simply the pattern of rhymes within a stanza. The rhyme pattern in each verse should match other following verses in the song. But this pattern does not have to be the same in the chorus or bridge. It is usually best to be different than the verses. Songs do not have to rhyme, but the vast majority of successful songs do rhyme. END_OF_DOCUMENT_TOKEN_TO_BE_REPLACED Create a system to organize your ideas.

Creative people can have trouble trying to stay organized. Being organized will help you start writing songs. Here is a suggestion to help you compile your ideas.

The Amazing Power Songs Have That Impact Your Life What does a car ride, a wedding ceremony and any great party have in common? Many things probably, but one thing they have in common for sure is songs. Think about it. So many of our daily activities and our special events include special songs.

Think about the things you love to do during the day. Love to watch television? Pretty much any television show is filled with the songs of different musical artists. Do you prefer to go to the mall and shop? If so, take time to listen in each store you enter because you will find that songs make up the background noise at every shopping mall. END_OF_DOCUMENT_TOKEN_TO_BE_REPLACED

The Amazing Power Songs Have That Impact Your Life was last modified: October 18th, 2017 by John Pape Writing songs can be an enjoyable lifetime activity.  Here are some practical tips you can use to start your songwriting journey.

It’s Not Too Late or Too Early

Whether you are a teenager or are well into your golden years, it is never too late to explore your creative side, especially if you are interested in music. Songwriting is an excellent way to express your thoughts and feelings and to communicate them to your friends and family, even if you have no aspirations of musical fame or fortune.

If you are interested in selling or performing your songs, however, you should be aware that it is a hard road and that very few songwriters achieve great fame or fortune, and especially not instantly. Nonetheless, if you have realistic expectations, you will find that writing music is a worthwhile experience whether it is a hobby or a profession. END_OF_DOCUMENT_TOKEN_TO_BE_REPLACED

How to Become a Better Songwriter When you love doing something there is motivation to become better at that activity.  Songwriting is no exception.  Most dedicated songwriters want to become a better songwriter. When you approach songwriting with the attitude of getting more knowledge and skills the result will be quality songs.

First of all there are several different elements in songwriting. There is lyric aspect and the musical aspect. The big chicken and egg controversy among songwriters is which way to start a song. There are those who start with lyrics and those that begin with music and I guess it depends on the individual on what element to start. END_OF_DOCUMENT_TOKEN_TO_BE_REPLACED

How to Become a Better Songwriter was last modified: December 30th, 2019 by John Pape

When you have progressed beyond the point of learning how to write a song, it’s time to redefine your goals. Here is a suggestion for your new set of goals. Compile a list of all the publishers, producers, record companies, A&R people, artists, and entertainment attorneys. You will base this list on the newsletters and periodicals. ‘Trade papers ‘that you subscribe to. Keep this list in your computer.