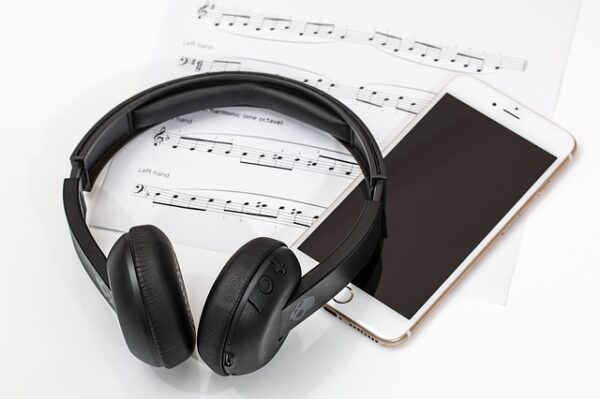 Every new songwriter can feel uninspired and lost at the beginning of this journey. The sole idea of having a blank page you need to fill with fine lyrics is overwhelming. As Peter Braxton, songwriter and an expert at a thesis writing service says: ‘The hard thing is to start the song. When you have an excellent beginning, the rest will just come rushing to you’.  Here are 7 tips to help you begin writing songs.

Writing a song isn’t half as hard as it seems. There is basically no limitation or wrong answer as to how you should begin or which idea you have to pursue. The only forbidden thing is copying other people’s songs. In fact, if you ask any songwriter how they came up with the beginning of their song, they will all struggle to explain their start. END_OF_DOCUMENT_TOKEN_TO_BE_REPLACED Here is a question from the Learn How to Write Songs Facebook Group regarding a problem with the right  song emotion.

I’m having problems creating of a “happy” song. My songs always end up as a ballads and I don’t know, how to change that.  Do you have any ideas, how to combine chords to get a “good mood” song?

This is a great question that plagues many songwriters. The core of this question I believe is how to set the right emotion for a song. Of course there are several factors that the songwriters needs to consider.

To begin, the songwriter needs to start out knowing what mood the song will portray. In simplest terms that are “Sad” or “Happy” songs.

Creating the right emotion in songwriting involves two factors working together. These two factors are the lyrics and the music.  Both elements together can produce powerful emotions.  Now, let’s take a look at how lyrics and music create emotions in a song. END_OF_DOCUMENT_TOKEN_TO_BE_REPLACED The Elements of Writing a Song

Songwriting is a rewarding activity. There is something special with word meets melody meets a great story. In order to get to a finished song several elements must happen. Think of a stool. If some of the legs are missing, it is unstable or unable to stand up. It is like that with songwriting. Several key elements go into writing a song. Here are some elements of writing a song.

Words are what make up the lyric of a song. Lyric is a specific form of poetry that is used in songwriting. The words are the basic elements of a songs story. As a songwriter put together words, a story should be the result. A story is the best way to communicate ideas and thoughts. Words paint a picture for the listener. Words, also known as lyrics, is one of the most important elements of writing a song.  The next element of a song is the melody. END_OF_DOCUMENT_TOKEN_TO_BE_REPLACED

The Elements of Writing a Song was last modified: January 6th, 2020 by John Pape

The Art of Songwriting Challenge There is an art to songwriting. Every form of art requires a process. A process helps you succeed as a songwriter. To help you improve I’ve complied this songwriting challenge. Go though each step. The ideas presented here provide a basic framework for you to start a new song. Most of the steps presented below were generated from the various songwriting tools available on this web site. There are links to each of these tools. If one of the challenge ideas doesn’t feel right to you, go ahead and explore the songwriting tool for additional possibilities. Above all – Have fun! END_OF_DOCUMENT_TOKEN_TO_BE_REPLACED

The Art of Songwriting Challenge was last modified: January 6th, 2020 by John Pape END_OF_DOCUMENT_TOKEN_TO_BE_REPLACED

Songwriting Tools to Help You Write a Better Song This website has several online songwriting tools to help you write and create songs. These tools will help jump start your songwriting efforts. We will explore each one of the tool in a step by step fashion. So lets get started looking at these songwriting tools.

Step 1: Getting a title

Every song needs a strong title. Oftentimes this is the first spark of inspiration. Titles can be found just about anywhere. To help you get song title ideas go to the “Random Song Title Generator“. This songwriting tool will help you find a series of titles randomly generated. Some may seem silly or don’t make sense. But as you go through the list there may be something that appeals to you. Make that your title.  Add this to a new document in your favorite text editor. END_OF_DOCUMENT_TOKEN_TO_BE_REPLACED

Understanding chord symbols is important in songwriting. Here we will cover the topic of  chord symbols and chord construction. While there are many books out there on the market, there is very little explanation of how chords symbols are interpreted. I’d like to share some of my insight with you. In most song sheets chords are given for guitar or keyboard players. Functional names are not used for this purpose. Instead, the root and quality of the chord are given in what may be termed lead-sheet notation (for example, Cmaj and F#min). END_OF_DOCUMENT_TOKEN_TO_BE_REPLACED

Here’s a tip to help you get started on your action plan. Make and keep a list of all the contacts and/or prospects to whom you will be mailing your songs. Get telephone numbers and email addresses for everybody on your list and above all things, follow up on everything that you mail out.