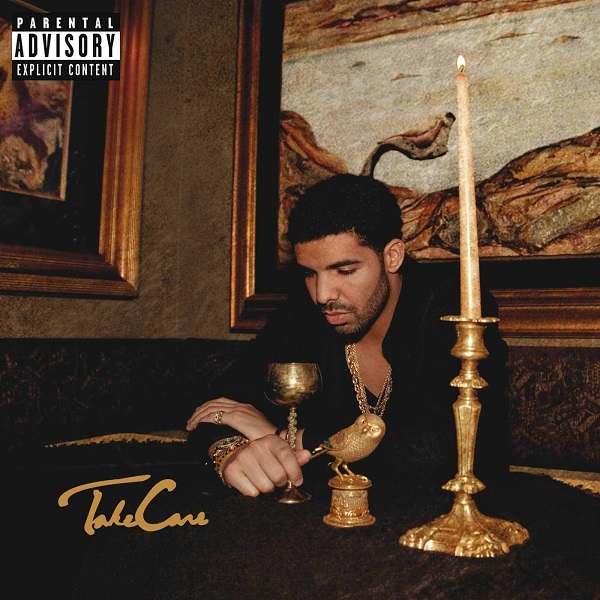 Take Care is an unbelievably plush album. Not only are the soundscapes on the album orchestral, ethereal, but the tone of the album is equally emotionally indulgent, Drake adopting the position of a somewhat world-weary player. The tone is set unmistakably with the opening track, Over My Dead Body, a piano-chord rich number. Drake boasts of his success, detailing a sense of disaffection in equal measure: “I was drinking at the Palms last night/ Ended up losing everything that I came with,” he raps, before adding, “Feel like I been here before, huh/ Still got ten years to go, huh.” It’s a tone that stays throughout. Even whilst he’s boasting of his lyricism, his album success, on tracks like Headlines and Crew Love, there’s a note of mournfulness, of predictability, about this game. The Weeknd’s verses on Crew Love is a particularly wistful, ethereal addition.

And after a series of floating, synthed-out numbers, the title track is refreshingly up-tempo, without losing any of its melancholic tone. Rihanna’s vocal is soft and soulful, and Drake’s rapping is backed by rich drums and airy bell-like sounds, creating a timeless collaboration. It’s followed by another standout track, Marvin’s Room. It sounds as though Drake is delivering his vocals from some smoke-filled underground chamber, a muffled steady beat pulsing throughout his sorrowful musings. The hook is filled with a painful blend of angry lyricism and plaintive melody.

But the album isn’t only about the production quality. Drake proves on tracks like Underground Kings, (HYFR) Hell Ya F***in’ Right, and Look What You’ve Done, that his flow is pretty impressive when it needs to be. On the former, his affectingly whiney tones deliver some witty and slick flow, describing the things he cares about as, “Rapping bitches, rapping bitch’s bitches/ And rapping, rapping and bitches,” in another bout of knowingly feigned ennui. The latter is a heartfelt, and notably raw-sounding narrative, conspicuous amongst the more opulent tracks around it. And Drake handles his subject matter with some affecting variations. Although women are frequently the focus, young man navigates between applauding women on his Nicki Minaj collaboration, Proud Of You, mistrusting them on the Rick Ross feature track, Lord Knows, mentioning specific relationships on tracks like Shot For Me and Marvin’s Room, and commodifying them on We’ll Be Fine.

There are a few less memorable tracks towards the end of the album: Doing It Wrong and Practice offer something of an overload of indulgent R&B, and don’t achieve the tonal balance that Drake’s mixture of melody and flow do elsewhere.

Overall, Take Care is an assured album in every sense of the word, though. Its collaborations, with the likes of Birdman, Lil Wayne, Andre 3000, Rihanna, Nicki Minaj, and Rick Ross, are handled with style, the individual tracks adapted to the styles of the collaborator. It’s also an album that’s not afraid to push with absolute confidence its own unique brand of Hip-Hop, ensuring that Drake’s melancholia will stick with you for a while after listening.

Currently, I am a writer at Essay4Students website. I am a blogger and entrepreneur. Music are my big passion and a great part of my life, especially RAP music. I like to write about lifestyles, health and off course about my favorite music. I have visited already many concert and I am dreaming visit even more in the future and write about them all.

If, in the end, you as a lyricist or composer decide to collaborate, which may generally be a good idea, then try to find someone in your local area so that you can meet personally. However, there is nothing wrong with having a collaborator hundreds or even thousands of miles away, as any partnership can give you that enthusiasm and inspiration that you may require. Lyricists should try to meet songwriter/composer/musicians as many songwriter/composer/musicians lack the ability to write lyrics. Obviously, this is a good basis for collaboration. Composers should try to meet songwriter/lyricists as many songwriter/lyricists lack the ability to write melodies and, again, here would be the good basis for collaboration.